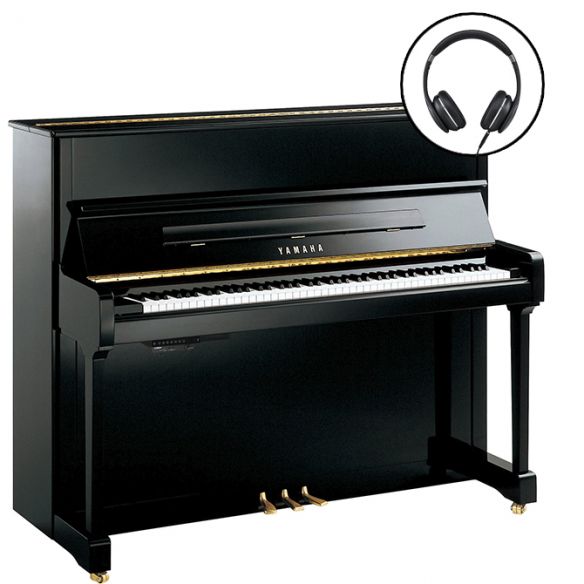 The Yamaha P121 SH2 is an acoustic upright piano, equipped with a silent acoustic system, more specifically the SH2 Silent System by Yamaha. The SH2 silent system has the advantage that you practice silently and don't disturb anyone, while keeping the same touch as the acoustic piano.

When the silencing function is activated and the keys are struck, hammer shank stoppers move into place to prevent the hammers from striking the strings. While the piano is outwardly silenced, the movement of the keys and other performance information are picked up by optical sensors and converted to digital data by a tone generator. The digitally sampled acoustic sound is then sent to the stereo headphones for the player to enjoy in complete privacy.