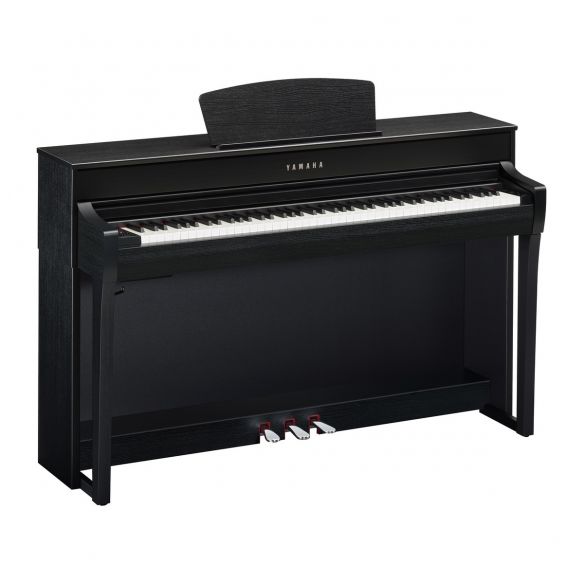 On top of that, this instrument has VRM (Virtual Resonance Modeling). This means that all internal grand piano reverberations are recorded when sampling the CFX Concert Grand which results in a very rich sound.

If you wish to combine all of these features with wooden keys instead of plastic keys, an upgrade towards the Yamaha Clavinova CLP-745 might be interesting for you.

The Allure of the CLP-700 Series

The CLP Series of digital pianos utilizes cutting-edge technology to recreate the experience of performing on a grand piano, allowing the pianist to play the keys with many variations of speed and depth to achieve an unlimited variation in tone and create uniquely personal performances. With expressive capabilities approaching those of a grand piano, the CLP-700 Series is sure to make playing the piano so much more enjoyable than ever before.

Yamaha’s latest keyboard action features a broad dynamic range and faithful response to every nuance of touch that puts a wide expanse of tone—from delicate to bold—at the pianist’s fingertips. The highly consistent grand piano hammers replicate the pleasing response felt when the hammers strike the strings, enabling precise control of the tone.

Highly absorbent synthetic-ivory white keys and synthetic-ebony black keys prevent slipping even during extended play and feel just like those of a grand piano.

*These models are equipped with the voices of two fortepianos beloved by Mozart and Chopin.