Digital upright piano
SKU
11.06.0745
In stock
Delivery within 2-3 days
This item is in stock with us and can therefore be delivered quickly. Acoustic pianos are always tuned and polished before delivery. Digital pianos are shipped the next working day. 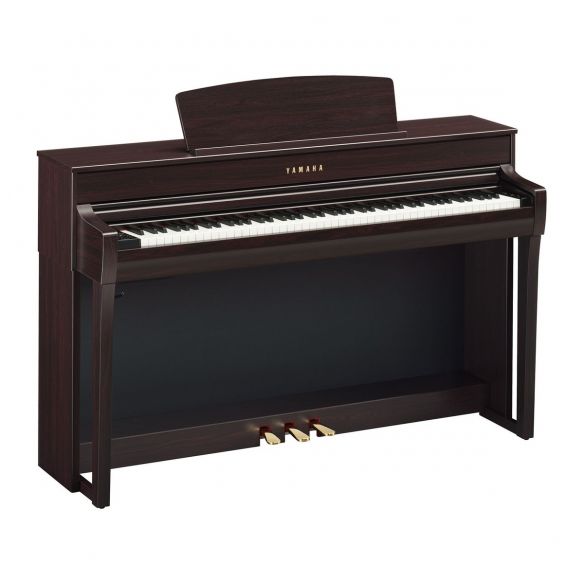 The Yamaha Clavinova CLP-745 is the first digital piano in this line to be equipped with wooden keys just like an acoustic piano. This results in a particularly realistic playing feel. Moreover, the instrument is very user-friendly thanks to its intuitive user interface via LCD screen. Wireless connection via Bluetooth Audio and Midi allows you to easily play your favorite song via YouTube or quietly play some background music through your piano during a dinner.