Digital upright piano
SKU
11.06.0745
On request On display at these showrooms: 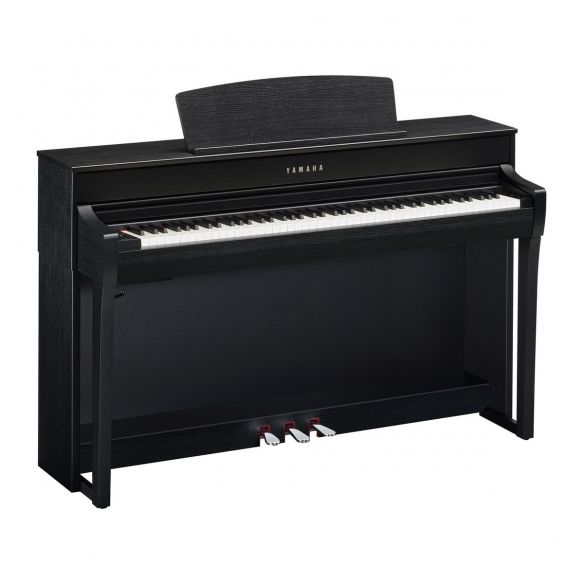 The Yamaha Clavinova CLP-745 is the first digital piano in this line to be equipped with wooden keys just like an acoustic piano. This results in a particularly realistic playing feel.

Moreover, the instrument is very user-friendly thanks to its intuitive user interface via LCD screen. Wireless connection via Bluetooth Audio and Midi allows you to easily play your favorite song via YouTube or quietly play some background music through your piano during a dinner.

All this makes the Yamaha Clavinova CLP-745 a beautiful instrument which you can also enjoy besides playing the piano!

Train your hands with some of the most widely accepted exercises in the world using proven practice methods from Hanon, Bayer, Czerny and Burgmüller. You can use these built-in songs for practicing with your right and left hands separately, or simply enjoy listening to them.

The recording function featured in Clavinova digital pianos allows you to record your performances* with a single touch, which is useful when you want to review your playing objectively. Additionally, you can record up to 16 tracks for simultaneous playback, so different hands can be recorded separately or overdub parts with different voices.

Record performances to USB flash memory and create audio files* you can save and play back on a computer, share with friends or create a CD.